My illustratation for Márton Simon’s poem ‘Idyll’ was featured in the September 2021 issue of Elle Hungary. The lyrical text describes the relationship of two creatures that are partly human, partly animal, mixing the matter-of-fact, descriptive jargon of non-fiction books with a sensitive, poetic language. Besides presenting the mixture of human and animal features, my aim was to depict the two creatures’ raw, complex relationship characterized by both agression and sexuality, focusing on the bodies’ shapes and forms. 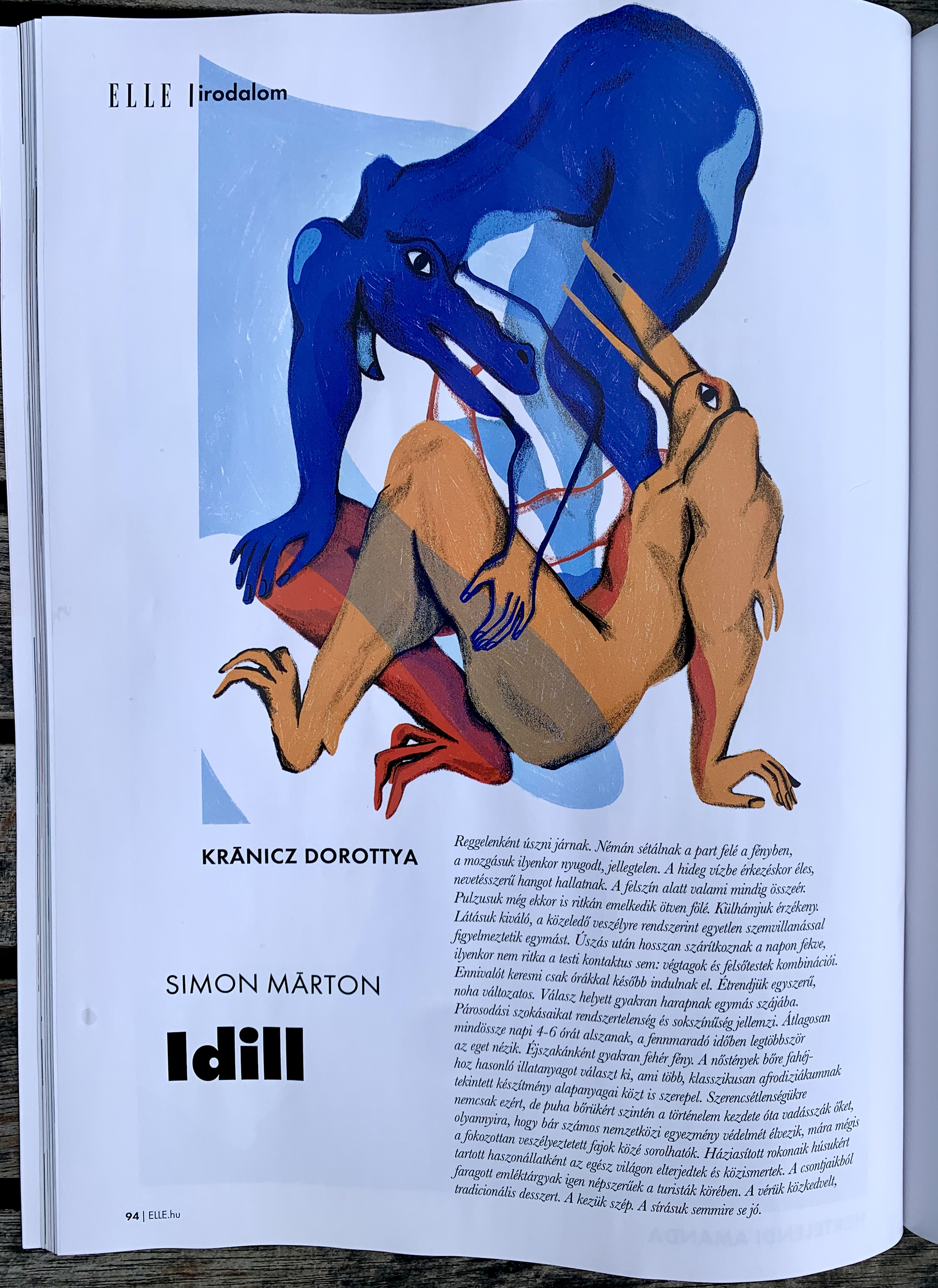