I was hired to create an illustration for the slogan ‘Everybody was once a child‘ of Hintalovon Foundation for Children’s Rights. I was looking for something that looks good on objects of everyday use and also captures the essence of childhood, and I ended up choosing the motif of building blocks. The act of constructing is instinctive for children: they erect towers then demolish them, and they do this all over again, all the while changing and becoming more and more skillful. This is an activity parents and children often pursue together, which is why the characters representing them appear among the blocks. 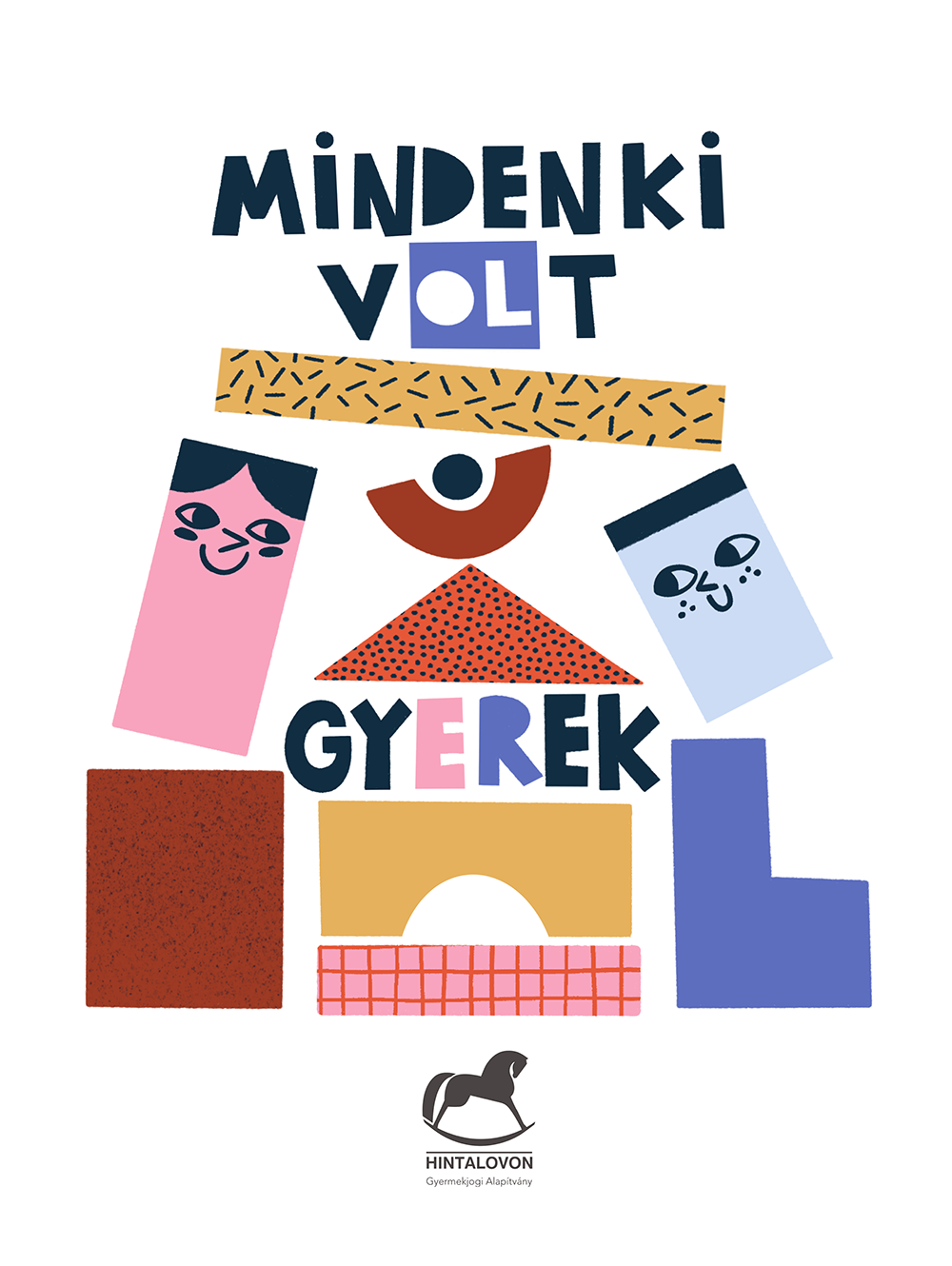